The universal joint, or Hookes joint, is used to carry drive from one shaft to another where the two shafts are not perfectly in line and particularly where they can move relative to each other. It is used in propellor shafts at both the transmission output and the differential input ends, in steering swivels on part-time four wheel drive vehicles, in some steering columns, and in PTO winch drive-shafts.

The joint consists of a cross or spider which carries needles roller bearings at the four extremities. The bearing cups are fitted into yokes, two on the input shaft and two on the output shaft. The arrangement allows drive to be taken through an angle, particularly where that angle can change as it does in a prop' shaft due to suspension movements. The universal joint is not a constant velocity joint: If there is a non-zero angle of deflection between the input and output shafts and if the input shaft is driven at a constant rate then the output shaft will accelerate and decelerate twice per revolution. This effect can be negligible for small angles of deflection but it increases with the angle of deflection and can cause vibration.

If a harsh vibration at high speeds is keeping you off the highways, check your U-joints for proper alignment. The rotational speed of a universal joint varies or cycles as it turns through 360 degrees. Since universal joints are almost always installed in pairs, they are normally "phased" so this difference is eliminated. being canceled out by the two joints. (As one joint speeds the rotation up, the other slows it down so the rotational speed of the output is fairly constant.) Many propshaft come apart for easy assembly, usually a splined shaft is used to transmit power from one piece to the next. If the splined parts are connected without insuring that the U-joints are in phase, a tremendous vibration can result at speed.

To check your U-joints, jack up your car and support it on jack stands. (Never crawl under a car supported only by a jack.) A visual check will tell you if your U-joints are 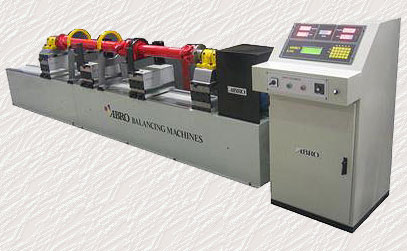 lined up correctly. Simply compare each end of the driveshaft to see if the yokes on each end (the parts welded to the driveshaft tube itself) lie in the same plane. (In a Morgan you may have to open the gear box cover access panel). If they do not line up, or are at right angles to each other, it is usually a simple matter to unbolt the propshaft and re-orient the splines of the two pieces to bring the universal joints into proper phasing.

OUT OF BALANCE PROPSHAFTS

Propshafts (aka drive shafts) can become unbalance or have too great a runout. The bearings could be going (dangerous!) They can be tested on machinery found at propshaft makers and often repaired or re-balanced..

If the u-joints are loose, ungreased or failing. These conditions will express themselves as vibration and/or sudden failure.

You can check the calibration of the temp gauge by removing the sending unit from the block. (You might loose some coolant, so you might want to have a catch pan handy.)

Take a pan of oil and carefully heat it.  (I suggest maybe using a Pyrex (sp) measuring cup to hold the oil, and placing it in a microwave oven.)  You will also need a candy thermometer, these will usually read to over 300 deg F.  You will also probably have to use a clip lead and connect one end to the sending unit the other end to the block .. to establish a ground.

When the oil is hot, you can measure its temp with the candy gauge.  No take the hot oil and dip the sending unit it in.  Turn your ignition to ON (NOT START) so the gauges have power.  Then watch the temp gauge and the thermometer.  I'd suggest making a small mark on the gauge glass with nail polish at 180, 212, and then 220.

Now you KNOW what temp your engine is really running at.

N.B. It is suggested that a good cooking oil is used. It could help your marriage. Lorne Goldman


Panhard Rods (what are they?)

A Panhard rod (aka a track bar) is an add-on component designed to prevent lateral (side to side) movement of the axle. It is widely used on heavy large vehicles and race cars.

While the purpose of the suspension of an automobile is to allow the wheels to move vertically with respect to the body, it is undesirable to allow them to move forward and backwards (longitudinally) (addressed by anti-tramp bars, OR side to side (addressed by Panhard rods). It is a simple, consisting of a rigid bar running adjacent to adjacent and along the same line as the axle and holds the axle by holding fixed to one side of the chassis. The bar has pivots at both ends that permit it to swivel upwards and downwards only, so that the axle is allowed to move vertically and allow the suspension to absorb road anomalies.

The advantage of the Panhard rod is its simplicity. Its major disadvantage is that the axle must necessarily move in an arc relative to the body, with the radius equal to the length of the Panhard rod. If the rod is too short, there will be excessive sideways movement between the axle and the body at the ends of the spring travel. Therefore, the Panhard rod is less desirable on smaller cars than larger ones.

This arrangement is not usually used with a leaf spring suspension, where the springs themselves supply enough lateral rigidity. Normally, you only see them with coil spring suspensions. They were introduced to the Morgan world (where the classics are very light, very small, vehicles fitted with leaf springs) by the racing community. 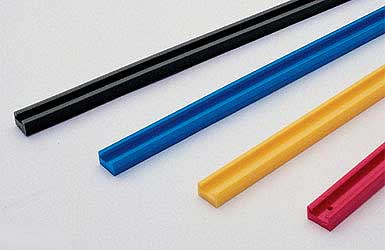 For the reasons cited above,  Morgan Classics will not benefit much from a Panhard Rod system. 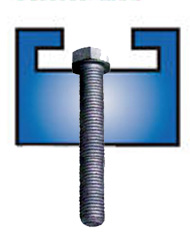 Indeed, there is a risk of a prejudice to the rear suspension comfort. (Racing Morgans are an exception because of their need for precise handling, the better quality of the track to the risk of a road surface and the willing (and necessary) sacrifice of comfort.

However, the Morgan axle on many trads does move. On some cars, it does show marks of leaf spring rubbing. There is an easy fix.  After all, the goal is to simply stop the lateral movement of the axle and stop it rubbing on the chassis. The Morgan classic rear is well-fixed on its leaf springs (if it wasn't that would mean you could be driving your Morgan sideways down the road!). Prevention of side to side movement of the axle should (and does) happen  if you can stop the leaf springs from being able to move from side to side (or outboard in this case).

One can prevent that movement by eliminating the space the leaf springs have to move. That can be achieved by bolting a block of an appropriate plastic materiel on the inboard chassis wall abutting the leaf springs on each side.  The leaf springs cannot move as they press into the materiel and if

the leave springs cannot move, neither can the axle. As a bar has not been used, there is no possibility that you will limit the suspension travel up and down.

I have seen moggers use wood, or any of the many forms of buffering neoprene or plastic. In my case, I learned a great solution from the Beer Brothers, owners of the Morgan Agency in Bolton, ON, Canada. Snowmobiles use plastic neoprene "sliders", to ease and guide the travel of its snow track. They are replaced regularly and are not costly. They are shaped like a "U" and that allows one to cut them to size and effectively cover the fitting screws/bolts to avoid any metal on metal contact. See how the bolt is fitted through them into the chassis in the diagram to the left.